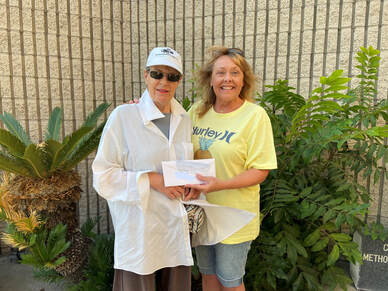 Thanks to Kokku members for our recent donation of $600 to Dr. Susan Edwards of Los Angeles, California.  Susan's story is published and available here:  https://livinglight-now.com  You might be amazed at how life can deliver so many curve balls to an educated, capable person.

Susan Edwards is an educated, previously successful (by all typical measurement) middle aged woman.  Currently using disability benefits, Susan has found Los Angeles assistance with subsidized housing, medical care, and though she seeks employment it's difficult for an educated, unhealthy single woman to find sustaining employment.
Susan is currently receiving aid for housing and medical needs from Los Angeles along with her disability allowances from the State.  She is soon moving into a new, better situated and safer apartment whereby her social security will continue to qualify her for assistance and her safety will be much less compromised.  Moving however is an expense as is furnishings and groceries a new concern.  Our gift from Kokku will assist her transition and alleviate some of the financial burden as she moves into a safer place.  Susan has exuberantly expressed her sincere gratitude to this group for our financial assistance and care.  God is her guide and we have been messengers. 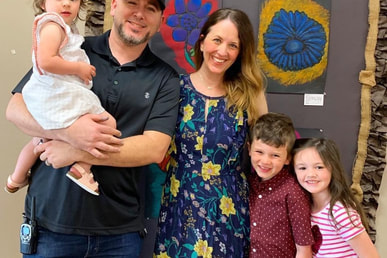 We then learned that the school was already in need of general funds even before this fire occured.  During my conversation with the representatives from Kahului, I learned that many of these kids don't have much and the school system is very slow in their process of getting funds where they need to be.
​
You can read more about the Kahului Elementary school fire here:
http://mauinow.com/2017/11/30/arson-investigation-kahului-elementary-school/